Thoughts on AM, Digital or Not…

Hey folks – well we’re almost through 2020, it’ll be interesting to see what 2021 brings! More challenges for sure but that’s a good thing, it keeps us on our toes. In the meantime, there have been lots of interesting solutions provided to unique situations as nearly every day becomes a remote broadcast for a lot of folks!

In recent news in the United States, the FCC has approved all digital (MA3) AM on a voluntary basis – it’s blowing up lots of engineering-related forums I follow with folks coming out both for and against. I’m neutral, I think it all comes to content in the end, but there are some things that new technology can offer to improve quality and that’s a good thing. Things like artist, song title and album art could go a long way toward putting AM on a level playing field with FM, if properly implemented.

That’s the key, the implementation. There are lots of comments on both coverage and audio quality – both of those items need to be addressed in more detail. Coverage is less an issue, most of the discussion revolves around hybrid (MA1) operation, where the digital carriers are significantly lower than they are in an all-digital implementation. However, the audio does need to be treated with care – processing with perceptual coding for low bitrate audio, minimizing sample rate converters and keeping peaks under control. The good thing is that, with enhanced mode operation, there are more carriers available, which can also offer potential for improvement.

With respect to that, we’re getting a lot of calls about what can do what, as far as core mode or enhanced mode, or whether something can do MA3 at all. The current NX Series is good to go – add an Exgine board and HDMC+ and it’s ready to roll. For other systems, it’s a case-by-case situation. Definitely, if you’ve got an interest in MA3 operation, you should reach out to your sales rep, regardless of who your manufacturer may be.

One of the other things I hear a lot about is antenna systems. Antenna bandwidth and phase rotation has been a valid concern for hybrid MA1 operation and it’s still important, even though less bandwidth is being used. An analogy I use is that the antenna is the speaker to the stereo system that is the transmitter… the best amplifier in the world isn’t going to sound good into a poor speaker system. 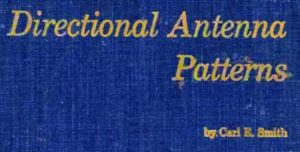 In 1958, Carl E. Smith, EE, President of the Cleveland Institute of Electronics, wrote a book titled Directional Antenna Patterns (PDF here) which is very educational. In it, he discusses the various types of array and optimizing for performance and bandwidth. Anybody who was around in the AM stereo days should remember setting AM stereo exciters up for day pattern, then night pattern, then depending on the exciter, picking the best compromise between the two.

Also, Cris Alexander, Director of Engineering for Crawford Broadcasting, has written an excellent paper on AM Antenna Systems – I reached out to Cris and he graciously gave permission for me to share it (PDF here). In addition, Cris mentioned another relevant paper on AM Antenna Broadbanding published by the NAB (PDF here). As we all know, the antenna system is a critical component of any transmission facility and just setting it to 50, j0 without optimizing bandwidth and phase rotation is the equivalent of plugging a set of 10.00 speakers into a thousand dollar amplifier… you know the impedance is right, but the sound sure isn’t going to be optimal!

Further, there’s been a lot of concern online about interference. One thing to remember about MA3 over the hybrid MA1 system is that the primary carriers cut off at 5kHz from the carrier frequency. Secondary and tertiary carriers do extend to nearly 10kHz, but 20dB down from the primary. They’re also only used in enhanced mode operation, so there are options for interference mitigation, assuming it occurs at all. The primary carriers shouldn’t be an issue for first adjacents, since most analog receivers don’t get out past 5kHz anymore (more’s the pity, but that’s a whole different discussion!)

All of that said, Greg Buchwald of Motorola fame made a good analysis of power density during a discussion this weekend and made some very valid points. Because the digital signal is evenly spread over the spectrum, vs. the rolloff of an analog audio signal, where the bulk of the power distribution is near the carrier, there is the potential for some interference, so it will have to be carefully monitored. My off-the-cuff guess is that it won’t be an issue during the day at all, with channel spacings being what they are, but nighttime and sky wave could bring a few challenges. Since the vast majority of the stations expressing interest in MA3 so far have been fairly low power, and many of them day only stations, that further helps prevent any issue, but definitely something to which attention should be paid.

I’ve also seen a lot of “should have been DRM”. It’s not my place to second guess one system over another – the FCC had very good reasons for not including it and they’re outlined in the report and order. (PDF here). It’s 35 pages and provides a lot of interesting background to how they got to where they are today.

A few notes on DRM since we’re on that topic – DRM is a fine system and it works well. It does have the advantage of providing more flexibility on transmission bandwidth, at the expense of bitrate. However, it did not have a hybrid mode, which was a requirement for the earlier iterations of any digital system – anybody remember the argument about “replacing a billion receivers”? For that reason, among others, it wasn’t a viable solution in the U.S. That said, there’s no real reason it couldn’t be implemented, but I’m sure the FCC is remembering how letting the marketplace decide worked for AM stereo before a specific system was mandated. This would potentially be a similar situation. There are other arguments for and against each, mostly around codecs and licensing, but those can easily be argued in both directions.

Finally, of interest, from my perspective anyway, was that the FCC did address HD2 on AM. For anybody who hasn’t been involved directly and didn’t know, there was a beta test of AM HD2 a year or so ago. At the moment, there are no receivers that will pick it up – and it’s safe to assume that any rendition that does happen would be the same, it would require receiver upgrades. However, as a potential for data, or possibly an SCA equivalent for AM, or even to drive a second translator, there are some possibilities here. A lot needs to happen before that could occur, but I’m tossing the possibilities out – if anything grabs your interest, reach out to the folks at Xperi and let them know.

So, in short, MA3 is approved for voluntary use by AM stations in the United States. It does require a notification to the FCC and a license from Xperi. HD2 on AM is not officially approved and would still be considered an experimental authority, thus must be applied for accordingly.

Back to the license, as of the time of this writing, Xperi is waiving the license fee, but there’s no guarantee how long that will last, so if your station has any interest at all, it would be in your best interest to get that license in place now. There’s no requirement to build an MA3 station now or at any point, and the license is a one time thing, so once you’ve got it in place, you’re covered. Something to think about. 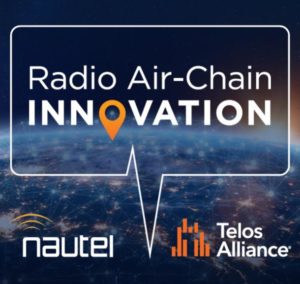 One of the cool things about our particular HD implementation, with the Exporter and Importer combined in our HD Multicast, is that it’s an extremely powerful processing platform that allows us to build and plan for the future, instead of being stuck in a purpose built box that would need to be replaced if anything new came along. On that topic, if you haven’t caught our joint webinars with the fine folks at Telos Alliance, check them out here… there’s been some really interesting things done here with respect to FM+HD operation, but there could also be some interesting implications in the analog realm, as well. It’s really exciting to see technology advancing as fast as it does these days! 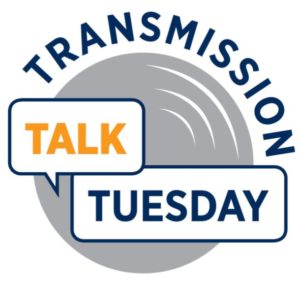 Also, a final plug for our 2020 TTT series – Transmission Talk Tuesdays. They are scheduled every Tuesday from now until December 15th. That will wrap up the year and I’m planning to take at least a few weeks off the beginning of January. If you’ve got any interest in us keeping them going after that, drop me a line and let me know. By the same token, if you are all webinared out, drop me a line and let me know that too! If do want us to keep rolling and you have any ideas for a topic that you would like to see, shoot me an email/Facebook message/carrier pigeon and I’ll see what I can do!

On that note, wash your hands, folks, let’s all take care out there and I’ll see you next time – until then, be safe and happy engineering!