Another NAB is behind us and it was an amazing show – I got a bit of an early start with an equipment setup at PREC (Public Radio Engineering Conference). Incidentally, if you’re in Public Radio in the USA and attending NAB, this conference is a very worthwhile reason to get to Vegas a few days early. Something I learned during the setup – if you need to modify a piece of equipment, make sure you’ve got the tools needed (a 25W soldering iron isn’t powerful enough to lift a piece of coax that’s soldered onto the surface of a board!).

During the course of the NAB, I shook thousands of hands and spoke to an equal number of people. Most of the conversations were product or feature related and I won’t bore you with those, but some of them were about making Nautel equipment do certain things which I thought I’d expand on and discuss further below. Any comments, suggestions or questions raised by the following can be sent to me at your convenience and, if there is any interest, I’ll write a follow-up for the next Waves issue.

Can the RDS input on the GV Series handle BTC data, or would an FMB80 (or similar) be needed to encode the RDS?

Although the GV Series can handle RDS data as ASCII over serial or IP connection, at this point we can’t accommodate the format used by BTC. So at this moment, yes, the FMB80 would be needed. That’s not to say this can’t change so check with your sales rep before making the assumption!

What about “core only” HD on AM?

Core only mode is an alternate mode of MA1 (the primary service mode), which contains only a single 20 kHz stream with no secondary or tertiary carriers. The significant benefit is that it allows analog broadcast at a full 10kHz bandwidth, as the extra carriers aren’t there to impede the higher analog frequencies. In Nautel equipment, switching to Core only mode is as simple as selecting MA1 mode on your Exgine menu, via the AUI of an NX series transmitter, and then turning the enhanced carriers OFF. 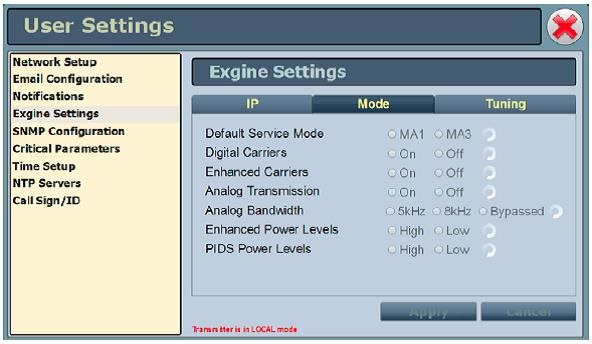 I tried to do an update to my NV transmitter and had problems – only to discover that the SD card I bought to hold the update didn’t have a fast enough transfer rate.

This is a valid issue and it’s happened a few times. If you’re doing a v4.x upgrade where you need to put the new OS on an SD card and you opt to obtain your own card, rather than purchasing one with the software already loaded, please be sure that the card you purchase has at least a 30MBps transfer rate – such as the SanDisk Ultra II CF Card (part # SDCFH-4096-901. Note that SD card manufacturers have been plagued recently by counterfeits, so make sure you keep the original card from the transmitter safe at hand, in case you need to do a quick reversion to the original software!

My VS transmitters were getting dropouts on a Livewire feed… turned out to be the configuration of permissioning in the router.

This is an important comment, in that more and more, we’re moving to 100% IP-based content delivery, from the board all the way to the transmitter. In the process of moving the data from one point to another, there will be several routers, switches and various potential logjams. In this instance, we spent a lot of time discussing the possibility that a software change had caused the situation, when it turned out that the data was getting dropped on the way from the studio to the transmitter site. It’s getting to the point that being able to set QoS and prioritize network traffic is something that should be considered absolutely necessary. Most routers will support this, it’s just a matter of learning the “how to” in order to make it happen… the following is the QoS engine page from my consumer D-Link router (yes, I stole this from a previous article!). 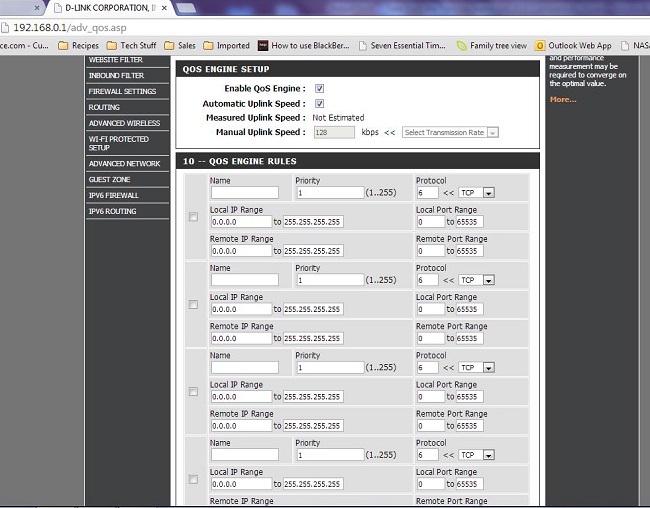 Those are the conversations I had notes on – if I missed anything, or if you’ve got anything to add to any of the comments, please send me an email. As mentioned, if there’s significant interest in any of these topics, I’d be happy to write a follow-up article. Until then, stay safe and happy engineering!