Happy end of summer to all; lightning season is starting to wind down over a good portion of the planet and we haven’t quite gotten to snow and ice season yet. It’s a good time to start looking at all the little maintenance and “to do” projects that we’ve been stockpiling over the busy months. On that note, I’ve collected some input from a couple of customers who I’ve heard were doing some pretty interesting things over the past few months and added a few tidbits of my own…

Surface Mount Solution for A3 Board

First, this bit of budget engineering came from Sam Lewis in Chattanooga, TN, by way of our Customer Service department (thanks, Sam and Nelson!).

“I believe I’ve found a non-expensive (temporary) solution for the problems with the A3 board. [Jeff’s note: A3 is a board in the M50 exciter, populated mostly with surface mount components].

I noticed that the two main processing chips on board A3, were BGA mounted chips. Typically, around 2006 or so, manufacturers liked to utilize non-lead-based solder for Ball Grid Array soldering. Typically they use microwave radiation to solder BGA chips, but there is a technique used by some hobbyists to re-melt the solder under the BGA chips. You may be familiar with the technique, it is typically called “re-flowing”. I tried the process and it worked for me. Now my M50 is up and working again! 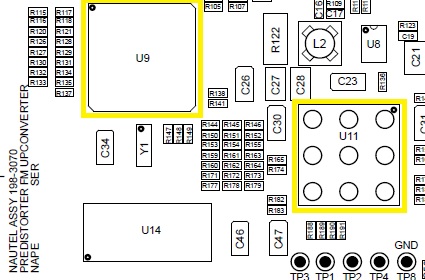 I did this for both U9 and U11 and the exciter is operating normally again. Hope this may help others in this situation.”

AUI and Using your Mobile as a Pager

Next, we move over to the AUI and getting the most out of it. Sean Mattingly, with Woof Boom Radio in Muncie, IN, provides some detail on an app he uses to allow the email functionality of his GV20 AUI, to replace dial up remote control messaging – even when his phone is in silent mode.

“I just installed a new GV20 transmitter. It works great. Normally I am accustomed to wiring transmitters to a conventional dial up remote control. If a meter reading is exceeded, the remote control seizes an analog phone line and calls my pager and cellphone alternately. At night, I turn off the cellphone ringer so random callers don’t wake me up. The pager stays on 24-hours so transmitters can call me.

The Nautel has an IP connection, but I didn’t want to wire it to a conventional remote control for alarms. I searched for an Android app that can accept a text message or email, and trigger my phone to ring in a special way, even if the phone ringer is off.

After testing 3 or 4 different “pager” apps on my smartphone, I found that they lacked in various ways. Finally I found in the Google Play Store an excellent free app called “FireAlert2”. Two photos are shown (right). The first shows the app icon so you know what the installed app “FireAlert2” looks like.

The second photo shows one of the set up screens. Here, you set up a trigger that will make the phone notify you. In this case, I gave the trigger a name, checked the box to enable it, then checked the box to make it save a history of events. Under “Trigger (Sender)”, put the email address that your Nautel transmitter sends “from”. Under “Trigger include”, tell it what words appear in the subject that make it trigger an audio alarm on the phone. I picked “at WLBC Nautel” because that phrase is always in the alarm emails that come from the transmitter. You would use the word “at” then [your transmitter name] then “Nautel”.

Upon receiving an alarm email or text, the app sounds the alarm loud and clear. It has a screen that requires the user to acknowledge the audio and visual flashing alarm by sliding a bar across the screen. It works great.

As a bonus, this app can also be programmed to make an alarm noise on a schedule. And it can make an alarm if a phone call comes in from a certain phone number, such as the one you use for your conventional dial up remote controls.

It is nearly a pager substitute.”

At least once a week, I get asked when we’re going to move the AUI away from Flash. The answer is: “it’s on the list”. However, in the meantime, there are apps available to let you access a flash based device from a non-flash supporting device (such as, since the last OS upgrade, my Blackberry). Here are a few of the ones we’ve used and my notes on each, in no particular order.

This was the original Flash emulator – it worked by uploading the selected page to a remote host and serving up a non-Flash version to the requesting device. Primarily used for mobile gaming, it worked effectively, but the company has been sold and it’s not as easy to find as it once was.

The original version of this flash supporting mobile browser for Apple and Android devices required an external keyboard, as the on screen keyboard didn’t work so well. Version 4 seems to have addressed this, at least for the devices I’ve tried it on. Puffin browser

This is my current favourite. It works well, even on a Blackberry! Available at Google Play and the Amazon App Store. Downside: the free version has an ad bar at the bottom of the browser, but it doesn’t slow things down noticeably and isn’t intrusive. The following photo is a screenshot of a VS300 we have for a demo system, taken from a Blackberry Z10. 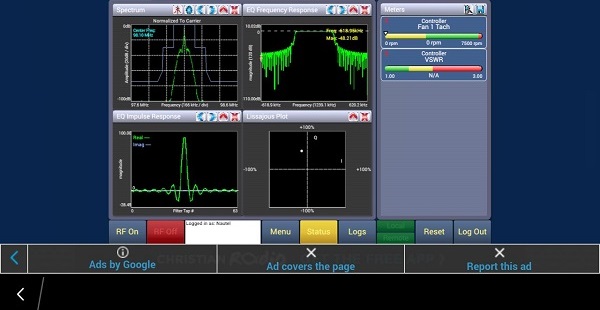 This is another one that works on Android devices with the appropriate OS, but it doesn’t appear to work on a Blackberry, even with the OS upgraded for Android apps. That said, it may be finger error on my end – I’ve only tried it once or twice and haven’t run through the tutorial, so I may be doing something wrong. It’s available at Google Play and the Amazon App Store for anybody who wants to give it a shot.

If anybody has any other suggestions for getting the most out of your Nautel product, whether it’s an AUI related application that you’ve found, or some other tweak that you’ve come up with, please drop me a line – if I get any responses, perhaps we’ll revisit this topic in a couple of issues.