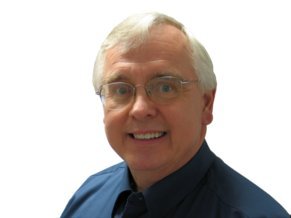 Here’s a tip that grabbed a lot of attention at the 2010 NAB show. Bill Hicks, engineering manager for WHIZ Media Group, dropped by with his iPhoneTM. What made his visit so special was the display of the AUI for his Nautel transmitter on the phone, as seen in figure 1. Since this feature didn’t require an “app”, we thought readers of Tips ‘n Tricks would enjoy knowing how Bill hooked this up.

The setup is fairly simple. Bill has broadband internet at the transmitter site with a computer behind a router / firewall. He logs in to this computer, and uses Ultra-VNC to access the AUI and other equipment from his PC or iPhone. 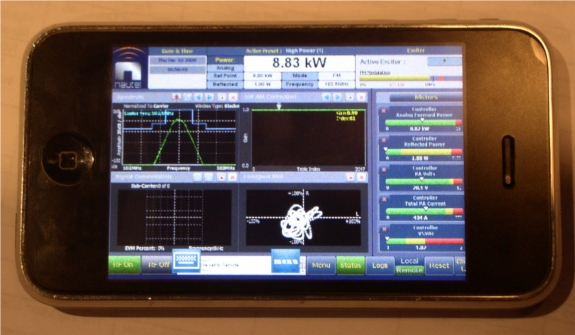 The iPhone gives Bill full control from anywhere. He can control his EAS, Omnia 6, Bric-Link, and check the Arbitron PPM monitor. The key is that through iTunes, you can use VNC for free. Figure 2 shows the iPhone in front of his computer screen. Questions? You can contact Bill at [email protected] 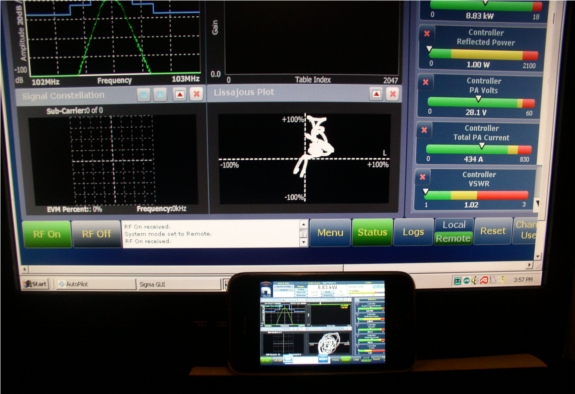 Laverne Siemens is the Director of Engineering for Golden West Media, in Manitoba, Canada. When a fire in his Continental 316 forced him to look for a replacement AM transmitter, they purchased a Nautel XR12. The install was painless, and the transmitter has operated flawlessly for almost 5 years.

Shortly after installing the transmitter, however, the staff noticed that the toroid cores were running hot to the touch. These are the protection toroids that Nautel recommends installing on all lines going in to or out of the transmitter. The toroids for both the coax and audio/control cables were affected.

Laverne spoke to Nautel at various times over the next few years, and they offered tips on grounding as well as shipping out extra toroids. The engineering staff worked on the grounding both inside and outside of the building, but with no improvement to the heating issue.

When measuring with an infrared thermometer Laverne got readings of about 50C on the toroids. Finally he zeroed in on the RF contactor that is in line between the coax from the transmitter and the one going out to the towers. That contactor is used to switch in the standby transmitter… which hasn’t had to run yet!

The people who built the site (not Laverne and his team) had chosen to mount the contactor to the wall, and although the interconnect wiring is nice and neat – see Figure 3 – they tied the grounds of the coaxes connecting to the contactor together with copper braid. These braids were clamped to the coaxes with hose clamps and then in turn tied to the house ground strap. 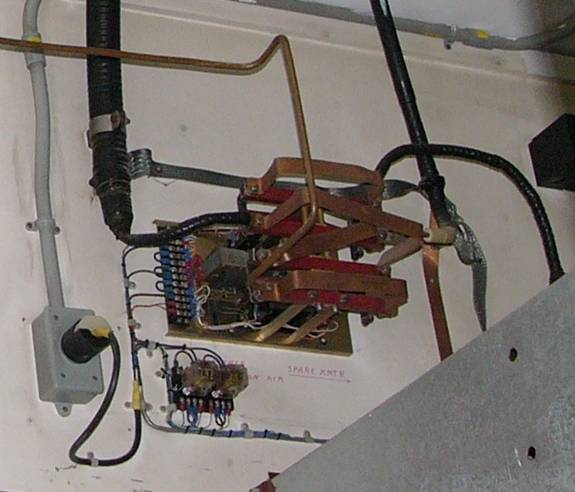 On a hunch that the braid had too much resistance the staff redid the entire contactor installation by mounting the assembly on an aluminum panel, and using proper coax mounting clamps to ground the coaxes to that panel. The ground strap was then bolted to the panel as well. After this corrective action, as seen in figure 4, the toroids started running at room temperature. 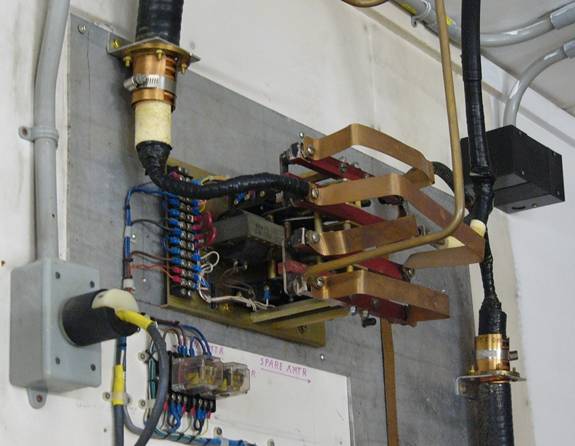 Figure 4: The RF contactor at Golden West Media after re-mounting

Laverne Siemens can be reached at [email protected]

Noel Maginnity is the Senior Technical Officer for The Radio Network in Christchurch., New Zealand. Noel writes about his AMPFET transmitters, all of which are still operating. The AMPFET 5 described below, in Christchurch, has been on the air for 28 years. Noel’s tip helps avoid a short in the Rectifier/Regulator Module.

The 3ZB Nautel AMPFET 5 Transmitter developed a fault in one of the NAS13 Modules. These units rectify the 55V, 3Ø, ac supply to produce the transmitter’s 72V dc supplies. The faulty unit had severely charred wires leading from the Fuse (F2) stud to the Rectifier (CR1) and SCR (Q1). Solder had drained out of the lug connecting on to Fuse (F2) setting up an arc-over to earth, and a large arc-over between the Fuse (F3) stud and earth. Both fuses F2 and F3 had blown. Other wiring in the vicinity was also damaged and required replacement.

There are three 40A fuses in each module, and they are held in place with ¼ UNC hardware. The mounting hardware is arranged so that the current through fuse F2 passes from one side of the chassis through to the other side via the mounting screw. Nylon insulators / washers are used to isolate the 3Ø circuits from the chassis for the three fuses. With time, the nylon had compressed, allowing some contact resistance to develop in the circuit, with consequent heat damage to the nylon insulators and other nearby components.

It would be prudent to treat all NAS13 Rectifier / Regulator Modules to the following assembly correction.

John Bisset has worked as a chief engineer and contract engineer for 40 plus years. He is a past International Sales Manager for Europe for Nautel and a past recipient of the SBE’s Educator of the Year Award. John contributes the regular ‘Workbench’ column for both Radio World and Radio World International.